Powerful DJ-Set by Berlin based Phonique. This guy is Berlin Techno. 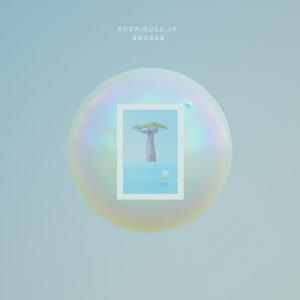 After some years of the compilation being released in the familiar format of an album with a tight tour de force of tracks, Soul-Team decided to try with a new form – this issue will be a series of 3 compilation EPs. Now you have to buy 3 pieces instead of one. Business call this upscaling. Each EP will therefore consist of 6 previously unreleased tracks from both Suol and the extended family.

This EP takes off with Atjazz’ “Programme Sunlight”, which is a trippy deep summer groove. Chopstick & Johnjon’s “Last Night” with a solid bassline and atmospheric build up. Then there is Matthias Vogt’s “Chanterelle” with fancy Jazz background and precise attention to details. M.ono’s “Wanna Give” serves a driving african groove, classic House piano riffs and vocal samples, a dancefloor pleaser. Carlo’s “Got Ya”, is Disco Funk is some infused House tune. In the blend of the crispy House music you’ll also find tracks of a more R&B like sound, with vocals and catchy hooks. As in the sixth and last track (for this part), Meggy & Tigerskin’s “Bygone Eras” show some groove and vocals to modern dance music.

@David Dorad at the Kater Blau in Berlin delivers a solid build-up in this set. From smooth and mellow to a serious dancefloor monster. Tune in

After the launch of their Superfriends label at the end of last year, Andhim return with an extensive remix package of their “Tosch“ EP, including the works of the likes of Roman Flügel, Clavis, Jimi Jules and Acid Pauli. “Tosch EP (Remixes)” is out since April, 17th via Superfriends Records.

This is a guestmix for the weekly Einmusika radioshow on Ibiza Global Radio.
www.einmusika.com